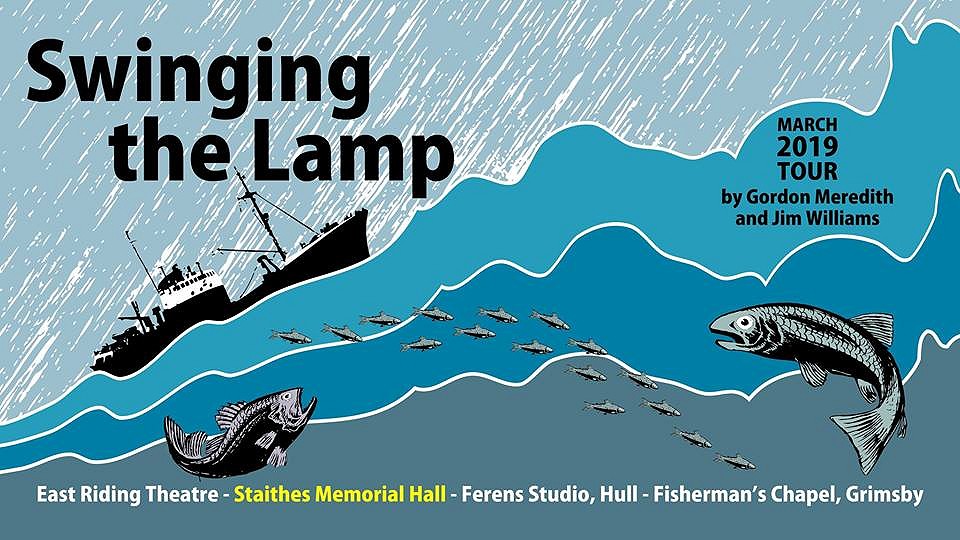 The stories of a life at sea told by a Hull trawler skipper Jim Williams are brought to life on stage. Swinging the Lamp is a tribute “in words and song” written by Beverley actor Gordon Meredith about his friend Jim, who fished the Arctic seas at the height of Hull’s fishing industry and was at sea when the triple trawler tragedy happened 50 years ago in 1968. The performance retells Jim’s experiences and dramas of a life at sea as well as the time he spent promoting the rich fishing heritage of the Humber Estuary so that the current generation will never forget the bravery and sacrifices made by the city’s fishermen. Gordon first met Jim around 25 years ago when they were working on an exhibition on board the Arctic Corsair and the friendship lasted until Jim’s death in October 2015. Having played the role of Jim in a production at Hull Truck Theatre in 2012, Gordon decided to write Swinging the Lamp (based on Jim’s autobiography of the same name) so his stories wouldn’t go untold, as well as marking the 50th anniversary of the triple trawler tragedy.

The production, performed with local actor Richard Avery and musician Pete Fletcher, was first performed at East Riding Theatre in February 2018, and Gordon said: “Jim was a fascinating character and had so many fabulous stories to tell about his life at sea. “With the decline of the fishing industry it’s important that people now know about Hull and Grimsby’s fishing heritage and Jim’s stories not only keeps his memory alive but gives people an insight into what it was really like fishing in the bitterly cold Arctic waters. “Swinging the Lamp is part story-telling, part theatre and part folk music, and I hope it will help evoke life in the fishing communities of Hull and Grimsby and remember the life of Jim.”